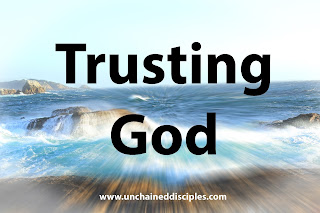 We discuss why God test us and why He would ask Abraham to kill Isaac.   We also see how this sacrifice relates to Jesus dying on the cross.

Habakkuk 2:4
4 "Behold, as for the proud one, His soul is not right within him; But the righteous will live by his faith.

We're going to explore some aspects of God's character

Christians, Jews, and Muslims all see Abraham as a patriarch of their religions.

Genesis 15:2-6
2Abram said, “O Lord GOD, what will You give me, since I am childless, and the heir of my house is Eliezer of Damascus?” 3And Abram said, “Since You have given no offspring to me, one born in my house is my heir.” 4Then behold, the word of the LORD came to him, saying, “This man will not be your heir; but one who will come forth from your own body, he shall be your heir.” 5And He took him outside and said, “Now look toward the heavens, and count the stars, if you are able to count them.” And He said to him, “So shall your descendants be.” 6Then he believed in the LORD; and He reckoned it to him as righteousness.

This story challenges our view and understanding of the character of God.

Genesis 22:1-18
Some time later God tested Abraham. He said to him, “Abraham!”
“Here I am,” he replied.
2 Then God said, “Take your son, your only son, whom you love—Isaac—and go to the region of Moriah. Sacrifice him there as a burnt offering on a mountain I will show you.”
3 Early the next morning Abraham got up and loaded his donkey. He took with him two of his servants and his son Isaac. When he had cut enough wood for the burnt offering, he set out for the place God had told him about.
4 On the third day Abraham looked up and saw the place in the distance.
5 He said to his servants, “Stay here with the donkey while I and the boy go over there. We will worship and then we will come back to you.”
6 Abraham took the wood for the burnt offering and placed it on his son Isaac, and he himself carried the fire and the knife. As the two of them went on together,
7 Isaac spoke up and said to his father Abraham, “Father?”
“Yes, my son?” Abraham replied.
“The fire and wood are here,” Isaac said, “but where is the lamb for the burnt offering?”
8 Abraham answered, “God himself will provide the lamb for the burnt offering, my son.” And the two of them went on together.
9 When they reached the place God had told him about, Abraham built an altar there and arranged the wood on it. He bound his son Isaac and laid him on the altar, on top of the wood. 10 Then he reached out his hand and took the knife to slay his son.
11 But the angel of the Lord called out to him from heaven, “Abraham! Abraham!”
“Here I am,” he replied.
12 “Do not lay a hand on the boy,” he said. “Do not do anything to him. Now I know that you fear God, because you have not withheld from me your son, your only son.”
13 Abraham looked up and there in a thicket he saw a ram caught by its horns. He went over and took the ram and sacrificed it as a burnt offering instead of his son.
14 So Abraham called that place The Lord Will Provide [yê·rā·’eh].  And to this day it is said, “On the mountain of the Lord it will be provided.”

15Then the angel of the LORD called to Abraham a second time from heaven, 16and said, “By Myself I have sworn, declares the LORD, because you have done this thing and have not withheld your son, your only son, 17indeed I will greatly bless you, and I will greatly multiply your seed as the stars of the heavens and as the sand which is on the seashore; and your seed shall possess the gate of their enemies. 18“In your seed all the nations of the earth shall be blessed, because you have obeyed My voice.”

The Lord Will Provide the Lamb

8  “God himself will provide the lamb for the burnt offering, my son.”

Many people read this story and focus on Abraham’s words to Isaac when he said “the Lord will provide the lamb”.  They assume that Abraham knew that God would come through for him.

Because that, of course, is faith right

Did Abraham Plan to Kill Isaac?

So what was Abraham really thinking?

God promised Abraham that he’d have many descendants through Isaac:

But how could Abraham believe the promise, but still be obedient and kill his son?

Hebrews 11:17-19
17By faith Abraham, when God tested him, offered Isaac as a sacrifice. He who had embraced the promises was about to sacrifice his one and only son, 18even though God had said to him, “It is through Isaac that your offspring will be reckoned.”c 19Abraham reasoned that God could even raise the dead, and so in a manner of speaking he did receive Isaac back from death.

Why Does God Need to Test Us?

12 “...Now I know that you fear God, because you have not withheld from me your son, your only son.”

Abraham’s actions coincide with his believe

Your faith is only as strong as the test it survives

Example: I claim to know that heaven is a better place yet I'm sad when Christians die

Do You Love The Gift or the Giver?

When you are mature, you will give up your blessing to remain obedient to God

We can trust God to perform a miracle, but do we trust God with our miracle once we get it?

When you pray for God to give you something are you willing to give it back to God once you get it?

Don’t put your hope and faith in your dreams

We need to accept the fact that God chooses the sacrifice, not us

It's not dependent on whether we understand or agree with it

The idea of substituting an animal’s life in exchange for a human life, was present from the first sin onwards in Genesis 3. But it was never a human life.

Jesus was the ultimate sacrifice.

Why would God test Abraham?

God and Abraham were in a covenant relationship

We were all destined to be burned in hell because of our sins.

Many people are trusting God to give them what they desire.  What God wants is that your biggest desire be to please Him.  There shouldn’t be anything in our life that we aren’t willing to sacrifice for God.  Some people claim that God is the center of their life, but won’t even claim Him on their Facebook status.  Are you willing to sacrifice  your cool points, your job, your money, the favor of your co-workers, the opinions or your neighbors, for God?

The things that we hold dearly may be holding us back.

What is God asking you to let go of?

When God asks us to sacrifice, it’s not because He needs something.  It’s for our benefit.

Faith is believing God is who He says He is

Faith is … making that sacrifice.

Faith is … letting go of your desires and Trusting God!

Is Mt Moriah the same as Mt Calvary?
http://bibleq.net/answer/927/

The Atonement and Abraham's Sacrifice of Isaac: Genesis 22 by Dr. David Murray
http://www.christianitytoday.com/edstetzer/2014/march/atonement-and-abrahams-sacrifice-of-isaac-genesis-22-by-dav.html

The importance of Mount Moriah is established by a number of key historical events which have taken place there:2Abraham Offers Isaac - It was here where Abraham’s faith was tested when God instructed him to offer up his son Isaac in sacrifice (Gen. Gen. 22:1). See Abraham Offers Isaac.Site of Solomon’s Temple - In 990 B.C., King David was instructed by God to erect an altar on the threshing floor of Araunah the Jebusite which occupied this site. David purchased the land which later became the site of Solomon’s Temple (2S. 2S. 24:18-25; 1Chr. 1Chr. 21:18-26; 2Chr. 2Chr. 3:1).The Crucifixion of Jesus - On the very mountain where Abraham was asked to sacrifice his “only son” (Gen. Gen. 22:2, Gen. 22:12), God sacrificed His only Son.

Posted by Unchained Disciples at 12:02 PM