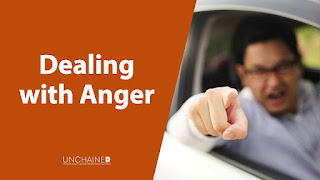 How do we deal with our anger and when is it okay to be angry?

A Heart That Forgives

Who here has never cursed anyone out in anger?

Does it say don’t be angry?

It says to be slow to anger

But it warns of the negative consequences of anger

The more we understand our anger, the greater control we can have over managing it

Some churches teach that feelings are unreliable and can’t be trusted.

To feel is to be human. To minimize what we feel is to distort what it means to be an image bearer of God.

There are eight main families of emotions

What Happens To Your Body When You Get Angry

A person of great anger will suffer the penalty, For if you rescue him, you will only have to do it again.

Anger is the emotion most like an addictive substance

You can deny that you are angry

The neuroscience of anger

Anger asked us to take action.

When a threat response is triggered… You flip your lid

Prepares You to Respond

Gives you an energizing and focus feeling

It might help us right wrongs and stand up for ourselves

anger is damaging to the heart and immune system

Repressed anger is when you:

Your anger can surface as

Anger can put you into a trance state

In states of extreme anger

Anger works faster than the speed of thought

go towards the source of the emotion

~ example: it’s better to have them angry at you did not remember you at all

Example: when two students fought on the first day of school they often ended up being best friends by the end of the year

When is it ok to be angry?

This is when you’re angry on behalf of someone else

It is healthier to focus on others than ourselves

Does anybody know the verse that talks about righteous anger?

Righteous anger doesn’t seek to hurt. Love doesn’t retaliate. Righteous anger stems from love because it recognizes that someone’s actions or words stray from the path of righteousness. And love desires to bring someone back to the truth.

Does the Bible mention righteous anger?

Yes we know Jesus turned over the tables in the temple, but where does it mention the word/concept “righteous anger“

Does the Bible focus on the reason for our anger?

In the church, we tend to focus on the reason that we became angry as the determination to whether or not the anger was justified.

What God is Focused On

The bible is more focused on how you behave when you are  angry than why you should be angry.

32One who is slow to anger is better than the mighty,

And one who rules his spirit, than one who captures a city.

Not all anger is loud and explosive

Who here gets road rage?

A sudden episode of unwarranted or disproportionate Anger or rage

To be classified as intermittent explosive disorder it has to

11A fool always loses his temper,

But a wise person holds it back.

You're waiting for an apology, but the person who did it maybe doesn't care or doesn't even know that you're mad

This type of anger takes a toll on you both mentally and physically in the form of:

Revenge or thinking of revenge can be addictive

18 If possible, so far as it depends on you, be at peace with all people. 19 Never take your own revenge, beloved, but leave room for the wrath of God, for it is written: “VENGEANCE IS MINE, I WILL REPAY,” says the Lord. 20 “BUT IF YOUR ENEMY IS HUNGRY, FEED HIM; IF HE IS THIRSTY, GIVE HIM A DRINK; FOR IN SO DOING YOU WILL HEAP BURNING COALS ON HIS HEAD.” 21 Do not be overcome by evil, but overcome evil with good.

Deep down you’re mad, but you don’t express it or you haven't acknowledged it yet

“When you keep the feelings all bottled up, your body is tense all the time. Your immune system weakens, and you're at higher risk for heart disease, cancer, osteoarthritis, even temporomandibular joint dysfunction and skin conditions,” says Peter Sacco, PhD

“He that is angry without cause, sins. But he who is not angry when there is cause, sins. For unreasonable patience is the hotbed of many vices, it fosters negligence, and incites not only the wicked but the good to do wrong.”

Story: wife and the toothbrush

Much of this is manipulation

You were angry about a particular event or situation,

When you get angry, you appropriately express it and move on.

“Anger helps us to sense that something is wrong,”

Be Slow to Anger

29 One who is slow to anger has great understanding; But one who is quick-tempered exalts foolishness. 30 A tranquil heart is life to the body, But jealousy is rottenness to the bones.

The proper mode of being is to be slow to anger

God is slow to anger

God describing Himself to Moses

6 Then the LORD passed by in front of him and proclaimed, “The LORD, the LORD God, compassionate and merciful, slow to anger, and abounding in faithfulness and truth;

16 Fathers shall not be put to death for their children, nor children for their fathers; each is to die for his own sin.

What Determines if You Are Slow to Anger

factors that determine how fast you get angry

Go with the flow type of person

This person can be so disengaged that they seen uninvested

You wonder if they even care

Strong sense of what is right and what is wrong

Takes a stand on general principle

Where are you are on the spectrum determines

Your household growing up impacts your reaction to anger

Did people freely yell when they were angry?

Was anger something that frightened you?

Were you allowed to express your anger freely?

If you were free to express your anger, what kind was it?

How Long You Are Angry

25 Therefore each of you must put off falsehood and speak truthfully to your neighbor, for we are all members of one body. 26 “In your anger do not sin”: Do not let the sun go down while you are still angry, 27 and do not give the devil a foothold.

Be Angry But Don’t Sin

You’ve been angry for two months or more

You go to bed angry wake up angry

Over time, this type of anger weakens the immune system and

The healing of anger

Anger is your Ally: a mindful approach to anger

The seven anger types And how to recognize them

Beneath the surface | anger

This is what makes you angry

Jesus entered the temple courts and drove out all who were buying and selling there. He overturned the tables of the money changers and the benches of those selling doves.

What is intermittent explosive disorder?

Recurrent behavioral outbursts that are a failure to control aggressive impulses as manifested by either of the following:

Outbursts are not premeditated or intentional

This usually starts in late childhood or early adolescence

This disorder runs in families

The causes are unknown

How to treat it

Be Angry But Don’t Sin

Lying is a sin.  We can have “righteous anger” because someone lied.  But if we kill someone because they exaggerated about how big of a fish they caught on their fishing trip it would be a sin even though it was “righteous anger”.  The reason for your anger doesn’t excuse your actions.

The bible says “in your anger don’t sin”.  This is not referring to the reason for our anger, but instead it is looking at our response to anger.  Your response isn’t just the actions you do while angry.   God is also concerned with how fast/easily you get angry and how long you stay angry.

Angry people tend to be overly critical and cynical

to them everything is personal

Tend to see themselves as victims

Posted by Unchained Disciples at 11:34 PM