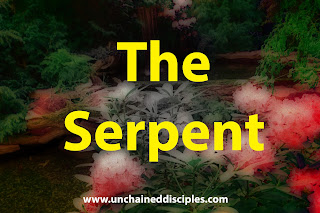 In this study, we look at the fall of Satan and his appearance in the Garden of Eden.  We also investigate what type of angel he is.

There are many similarities between the seraphim and cherubim. Both are winged creatures, half human, half animal; both stand near the throne of God, and appear as its guardians.  They both have wings in the biblical visions.

They are often mentioned together in Jewish texts (e.g. Book of Enoch).  Some texts say that seraphim, cherubim and ophanim are the guardians of God’s throne.  It’s clear from these other texts that seraphim and cherubim are not the same beings.

In the ancient times, kings had statues of cherubim and seraphim outside of the doorways of their palaces and tombs serving as guardians.  They were also placed outside of other important buildings in those days.  We still see some variations of them outside of some museums and historical buildings.


What Type of Being Was Satan?

Was Satan an angel?  Was he a messenger?  Was he a cherubim or seraphim?

Luke 10:17-19
17The seventy-two returned with joy and said, “Lord, even the demons submit to us in your name.”
18He replied, “I saw Satan fall like lightning from heaven. 19I have given you authority to trample on snakes and scorpions and to overcome all the power of the enemy; nothing will harm you.


Rev 12:3-10
3Then another sign appeared in heaven: an enormous red dragon with seven heads and ten horns and seven crowns on its heads. 4Its tail swept a third of the stars out of the sky and flung them to the earth. The dragon stood in front of the woman who was about to give birth, so that it might devour her child the moment he was born. 5She gave birth to a son, a male child, who “will rule all the nations with an iron scepter.”a And her child was snatched up to God and to his throne. 6The woman fled into the wilderness to a place prepared for her by God, where she might be taken care of for 1,260 days.
7Then war broke out in heaven. Michael and his angels fought against the dragon, and the dragon and his angels fought back. 8But he was not strong enough, and they lost their place in heaven. 9The great dragon was hurled down—that ancient serpent called the devil, or Satan, who leads the whole world astray. He was hurled to the earth, and his angels with him.
10Then I heard a loud voice in heaven say:
“Now have come the salvation and the power
and the kingdom of our God,
and the authority of his Messiah.
For the accuser of our brothers and sisters,
who accuses them before our God day and night,
has been hurled down.

What was the war about?


Satan is the accuser of our brethren

Snake in the Garden


Genesis 3:1-15
1Now the serpent was more crafty than any of the wild animals[beasts of the field] the Lord God had made. He said to the woman, “Did God really say, ‘You must not eat from any tree in the garden’?”
2The woman said to the serpent, “We may eat fruit from the trees in the garden, 3but God did say, ‘You must not eat fruit from the tree that is in the middle of the garden, and you must not touch it, or you will die.’ ”
4“You will not certainly die,” the serpent said to the woman. 5“For God knows that when you eat from it your eyes will be opened, and you will be like God, knowing good and evil.”

6When the woman saw that the fruit of the tree was good for food and pleasing to the eye, and also desirable for gaining wisdom, she took some and ate it. She also gave some to her husband, who was with her, and he ate it. 7Then the eyes of both of them were opened, and they realized they were naked; so they sewed fig leaves together and made coverings for themselves.
8Then the man and his wife heard the sound of the Lord God as he was walking in the garden in the cool of the day, and they hid from the Lord God among the trees of the garden. 9But the Lord God called to the man, “Where are you?”
10He answered, “I heard you in the garden, and I was afraid because I was naked; so I hid.”
11And he said, “Who told you that you were naked? Have you eaten from the tree that I commanded you not to eat from?”
12The man said, “The woman you put here with me—she gave me some fruit from the tree, and I ate it.”
13Then the Lord God said to the woman, “What is this you have done?”
The woman said, “The serpent deceived me, and I ate.”
14So the Lord God said to the serpent, “Because you have done this,
“Cursed are you above all livestock
and all wild animals!
You will crawl on your belly
and you will eat dust
all the days of your life.
15And I will put enmity
between you and the woman,
and between your offspringa and hers;
he will crushb your head,
and you will strike his heel.”

nachash - the root can be used as a noun, verb and adjective
noun - serpent
verb - deceiver or diviner (deception through divination)
adjective - shining one

It has the definite article - ha nachash


What/Who Was the Snake?


Notice about the snake

the nachash was a spirit being not an ordinary snake

Why was a fallen angel in the garden?


Ezekiel 28:11-19
11The word of the Lord came to me: 12“Son of man, take up a lament concerning the king of Tyre and say to him: ‘This is what the Sovereign Lord says:
“ ‘You were the seal of perfection,
full of wisdom and perfect in beauty.
13You were in Eden,
the garden of God;
every precious stone adorned you:
carnelian, chrysolite and emerald,
topaz, onyx and jasper,
lapis lazuli, turquoise and beryl.b
Your settings and mountingsc were made of gold;
on the day you were created they were prepared.
14You were anointed as a guardian[anointed] cherub,
for so I ordained you.
You were on the holy mount of God;
you walked among the fiery stones.
15You were blameless in your ways
from the day you were created
till wickedness was found in you.
16Through your widespread trade
you were filled with violence,
and you sinned.
So I drove you in disgrace from the mount of God,
and I expelled you, guardian cherub,
from among the fiery stones.
17Your heart became proud
on account of your beauty,
and you corrupted your wisdom
because of your splendor.
So I threw you to the earth;
I made a spectacle of you before kings.
18By your many sins and dishonest trade
you have desecrated your sanctuaries.
So I made a fire come out from you,
and it consumed you,
and I reduced you to ashes on the ground
in the sight of all who were watching.
19All the nations who knew you
are appalled at you;
you have come to a horrible end
and will be no more.’ ”

Why was he expelled from Heaven?

There isn’t complete agreement by scholars that this refers to satan.

This is spoken of the King of Tyre.

This type of literary genre commonly uses allusions to known stories in this manner [M. Heiser]


Isaiah 14:12-15
12How you have fallen from heaven,
morning star, son of the dawn!
You have been cast down to the earth,
you who once laid low the nations!
13You said in your heart,
“I will ascend to the heavens;
I will raise my throne
above the stars of God;
I will sit enthroned on the mount of assembly,
on the utmost heights of Mount Zaphon.b
14I will ascend above the tops of the clouds;
I will make myself like the Most High.”
15But you are brought down to the realm of the dead,
to the depths of the pit.


Isaiah 14:12 (KJV)
How art thou fallen from heaven, O Lucifer, son of the morning! [how] art thou cut down to the ground, which didst weaken the nations!


Both Genesis 3 and Revelation 12 refer to satan as a snake.  Ezekiel refers to him as a fallen cherub.  Last week we discovered that the word seraph means  bronze snake like the one Moses put on a pole and lifted up in the wilderness.  And that seraphim were depicted as snakes with wings.  Given that satan is a being in the spirit realm it’s likely that the reference to a snake is a reference to a seraph.

So he was either a cherub or a seraph not a regular messenger angel.  Both of these are guardians of God’s throne.  So satan was clearly in an anointed throne guardian prior to his fall.


The passages in Isaiah and Ezekiel speak of tyrant kings whose pride caused them to fall.
Satan fell because he wanted to be like God.  He wanted to stand in the place of God.  Satan used this same desire to deceive mankind.  He told Eve that she wouldn’t surely die if she ate the fruit, but that she would be “like God”.  Therefore the desire to be like God was the cause of both satan’s fall and man’s fall.  Both coveted to take God’s position on the mountain of God.
Adam had been given dominion over the entire earth.  Adam and Eve chose to follow satan’s advice instead of God’s thus giving the power of this world over to satan.   Jesus has since taken this power from back satan.

John 12:31-32
31Now is the time for judgment on this world; now the prince of this world will be driven out. 32And I, when I am lifted upg from the earth, will draw all people to myself.” 33He said this to show the kind of death he was going to die.

Jesus was saying that by His death He was going to take dominion back from satan.  Jesus died to take back dominion of this world.  He died to give us eternal life.

Eve decided in her heart that God lied.  That God was withholding something good from her.

Genesis: The Serpent (Nachash) in the Garden of Eden- Michael S. Heiser, PhD

Satan Before the Creation
http://youtu.be/2JNOmZhy6Sc

Snakes represent healing and knowledge in the ancient cultures

Daniel 11:36
"The king will do as he pleases. He will exalt and magnify himself above every god and will say unheard-of things against the God of gods. He will be successful until the time of wrath is completed, for what has been determined must take place.


Posted by Unchained Disciples at 2:54 AM