Face to Face With God 2 (Jacob) 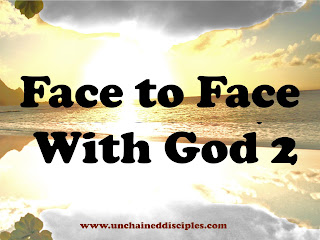 In this study, we look at the story of Jacob and examine: 1) what was the ladder, 2) who did he really wrestle, and 3) what are the hidden deeper meanings of the story.


The story of Jacob

Genesis 28:10-22
10 Jacob left Beer-sheba, and went toward Haran. 11 And he came to a certain place, and stayed there that night, because the sun had set. Taking one of the stones of the place, he put it under his head and lay down in that place to sleep. 12 And he dreamed that there was a ladder set up on the earth, and the top of it reached to heaven; and behold, the angels of God were ascending and descending on it! 13 And behold, the Lord stood above it[a] and said, “I am the Lord, the God of Abraham your father and the God of Isaac; the land on which you lie I will give to you and to your descendants; 14 and your descendants shall be like the dust of the earth, and you shall spread abroad to the west and to the east and to the north and to the south; and by you and your descendants shall all the families of the earth bless themselves.[b] 15 Behold, I am with you and will keep you wherever you go, and will bring you back to this land; for I will not leave you until I have done that of which I have spoken to you.” 16 Then Jacob awoke from his sleep and said, “Surely the Lord is in this place; and I did not know it.” 17 And he was afraid, and said, “How awesome is this place! This is none other than the house of God, and this is the gate of heaven.”18Early the next morning Jacob took the stone he had placed under his head and set it up as a pillar and poured oil on top of it. 19He called that place Bethel,e though the city used to be called Luz.
20Then Jacob made a vow, saying, “If God will be with me and will watch over me on this journey I am taking and will give me food to eat and clothes to wear 21so that I return safely to my father’s household, then the Lordf will be my God 22andg this stone that I have set up as a pillar will be God’s house, and of all that you give me I will give you a tenth.”

This is Jacob’s first encounter with God

We studied in previous lessons that:

What did the ladder signify?

John 1:48-51
48“How do you know me?” Nathanael asked.
Jesus answered, “I saw you while you were still under the fig tree before Philip called you.”
49Then Nathanael declared, “Rabbi, you are the Son of God; you are the king of Israel.”
50Jesus said, “You believeh because I told you I saw you under the fig tree. You will see greater things than that.” 51He then added, “Very truly I tell you,i youj will see ‘heaven open, and the angels of God ascending and descending on’k the Son of Man.”

Jesus is now the connection between God and man.

Gen 32:22-31
22That night Jacob got up and took his two wives, his two female servants and his eleven sons and crossed the ford of the Jabbok. 23After he had sent them across the stream, he sent over all his possessions. 24So Jacob was left alone, and a man wrestled with him till daybreak. 25When the man saw that he could not overpower him, he touched the socket of Jacob’s hip so that his hip was wrenched as he wrestled with the man. 26Then the man said, “Let me go, for it is daybreak.”
But Jacob replied, “I will not let you go unless you bless me.”
27The man asked him, “What is your name?”
“Jacob,” he answered.
28Then the man said, “Your name will no longer be Jacob, but Israel,e because you have struggled with God and with humans and have overcome.”
29Jacob said, “Please tell me your name.”
But he replied, “Why do you ask my name?” Then he blessed him there.
30So Jacob called the place Peniel,f saying, “It is because I saw God face to face, and yet my life was spared.”
31The sun rose above him as he passed Peniel,g and he was limping because of his hip.

Notice that when Jacob stole Esau’s blessing from his father

Who Did Jacob’s Wrestle With?


Hosea 12:2-5
2 The Lord has a charge to bring against Judah;
he will punish Jacob[b] according to his ways
and repay him according to his deeds.
3 In the womb he grasped his brother’s heel;
as a man he struggled with God.
4 He struggled with the angel and overcame him;
he wept and begged for his favor.
He found him at Bethel
and talked with him there—
5 the Lord God Almighty,
the Lord is his name!

struggled with God and man

Peniel,f saying, “It is because I saw God face to face, and yet my life was spared.”

We saw God appear to Abrahan as a man


The Angel of the LORD

Gen 31:10-13
10“In breeding season I once had a dream in which I looked up and saw that the male goats mating with the flock were streaked, speckled or spotted. 11The angel of God said to me in the dream, ‘Jacob.’ I answered, ‘Here I am.’ 12And he said, ‘Look up and see that all the male goats mating with the flock are streaked, speckled or spotted, for I have seen all that Laban has been doing to you. 13I am the God of Bethel, where you anointed a pillar and where you made a vow to me. Now leave this land at once and go back to your native land.’ ”

the pre-incarnate Son of God, Who appeared in human flesh.

many scholars believe that Jesus is “the Angel of the Lord”

Jesus can't be referred to as an angel, so the Holy Spirit must be the Angel of the Lord

That's what the text says.


Genesis 33:8-10
8Esau asked, “What’s the meaning of all these flocks and herds I met?”
“To find favor in your eyes, my lord,” he said.
9But Esau said, “I already have plenty, my brother. Keep what you have for yourself.”
10“No, please!” said Jacob. “If I have found favor in your eyes, accept this gift from me. For to see your face is like seeing the face of God, now that you have received me favorably.

This is a Jewish belief

It Was A Dream

The ladder was a dream too

Foreshadowing of his actual encounter

Wrestled With Himself In Prayer

Gen 32:24
24So Jacob was left alone, and a man wrestled with him till daybreak.

Gen 30:7-8
7Rachel’s servant Bilhah conceived again and bore Jacob a second son. 8Then Rachel said, “I have had a great struggle [wrestled] with my sister, and I have won.” So she named him Naphtali.b

So Jacob wrestled with himself

after the struggle he thought his wealth was a burden

This struggle with God meant that he was praying to God


Jacob had a history of running from his problems.  Jacob got everything by trickery. Tricking his brother (Esau) and tricking his uncle (Laban).  Even though God had promised to prosper Jacob, but he got all of his wealth by trickery.  When Jacob thought Esau was going to kill him, there was no more trickery to be done.  Jacob got to a point where the only thing he could depend on was God.

He wrestled between doing things in his own strength and trusting on God.  We may think that our methods are better than God’s methods, so sometimes God may have to bring pain into your life to get you see that His way is better.

This is a lesson for Jacob to depend on GOD not depend on his own abilities.

Jacob expressed a desire to have a blessing from God.   He pursued and struggled to obtain it.  This tells us that he was confident that God had a blessing to give him.  When he got a blessing from his father, his father asked him what his name was.   His response then was Esau.   He received a blessing then but it was still from deceit; it was ill gotten gains.

He finally proclaims his true identity to God and gets a blessing in his own name.    Once he comes to grips with who he really is and that God is in control, God is able to change his name and therefore change his destiny.  Once Jacob emerges from this encounter, he is from then on dependent on God and not on his own cunning or deceit.

This is the story of:

The ascent up the ladder is where you experience the presence of God.  The descent back down is where you realize that it is in this world that God wants you to act.  An encounter with God should impact your life here on earth.  It should also impact the life of others through you.

Jesus has given us access to God.  Jesus’ death has restored our fellowship and now God dwells within us.  When we believe in God and know He is the only one who can give what you need, then you also know your only choice is ask him no matter the consequences. The response is sometimes hard, because sometimes we need to go through some hard times to appreciate the real blessing.

Tower of Babel and Jacob’s Ladder

Genesis 11:1-9
1Now the whole world had one language and a common speech. 2As people moved eastward,a they found a plain in Shinarb and settled there.
3They said to each other, “Come, let’s make bricks and bake them thoroughly.” They used brick instead of stone, and tar for mortar. 4Then they said, “Come, let us build ourselves a city, with a tower that reaches to the heavens, so that we may make a name for ourselves; otherwise we will be scattered over the face of the whole earth.”
5But the Lord came down to see the city and the tower the people were building. 6The Lord said, “If as one people speaking the same language they have begun to do this, then nothing they plan to do will be impossible for them. 7Come, let us go down and confuse their language so they will not understand each other.”
8So the Lord scattered them from there over all the earth, and they stopped building the city. 9That is why it was called Babelc —because there the Lord confused the language of the whole world. From there the Lord scattered them over the face of the whole earth.

When it says, "the tower with it's top reaching to heaven", it doesn't mean that it was so tall that it reached Heaven.  It means that while standing at the top of the tower you can reach to heaven.

Posted by Unchained Disciples at 11:40 PM